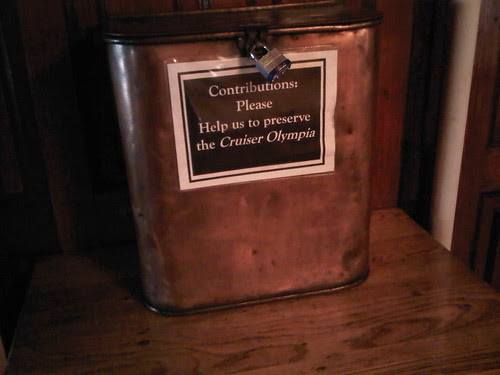 Last Thursday the USS Olympia received a lifeline, the same day on which I published my story about the impending closure of the ship. But the vessel is not yet saved: this is merely a stay of execution. The Olympia will remain open, albeit with limited days and hours of visitation, while Independence Seaport Museum explores options for the future of the historic landmark. According to the ISM website and the Inquirer article, funds were released to cover case-by-case repair costs. I was curious about the source of these funds, so after making initial contact with someone there, I posed this and a few other questions which went unanswered. Here’s what I think: the publicized closing date of November 22 was an arbitrary one, with a calculated purpose of motivating an influential donor to step forward and pledge support. His or her backing would have been used to rally others and generate momentum for a fundraising campaign. In no way am I implying that the Olympia is not in dire shape, because I believe that it is. But most people will not rush to save something in peril without an absolute deadline, which even in this case was unsuccessful.

I want to propose a theory to explain why it may be very tricky to find high-level donors willing to commit support to the Olympia. Could it be that the Philadelphia-area philanthropic community is suffering from ship-saving fatigue? Already this year, the SS United States has been rescued from a similar scrap yard fate, though it is not entirely out of danger yet. A $5.8 million gift by Gerry Lenfest to the SS United States Conservancy will allow the not-for-profit organization to purchase the ship, giving them time to devise plans and a strategy for its restoration. Given the rhetoric of superlatives used to describe the historic and engineering significance of the SS United States, the Olympia can only wither by comparison (click here to watch Mayor Michael Nutter and Lenfest praise the ship).

There exists an analogous group in the Friends of the Cruiser Olympia, itself a 501(c)(3) with a stated mission of reviving the Olympia (I also did not receive a response to my questions for them). The organization is new as of this year and it has not yet made a convincing case that it could be a legitimate steward for the Olympia. On the other hand, the SS United States Conservancy has existed in some form since 1992 (originally as the SS United States Preservation Society)*, has successfully lobbied congressional support in the past, and now carries the Lenfest seal of approval, making it substantially easier for them to leverage contributions from other donors, foundations, and public sources.

If anything, what the USS Olympia needs is a champion, which may prove difficult to find if it remains in Philadelphia and under the tutelage of Independence Seaport Museum.

*Note: I took this information from the SS United States Conservancy website. The organization was founded in 2009, and no financial records are yet available. According to Guidestar, the SS United States Preservation Society was founded in 2005, the only year for which they have a 990 available (this 2005 return contains no useful information about the financial position or health of the organization at that time).
Posted by Jeffrey W. Bussmann at 4:45 PM No comments:

Saying goodbye to the USS Olympia 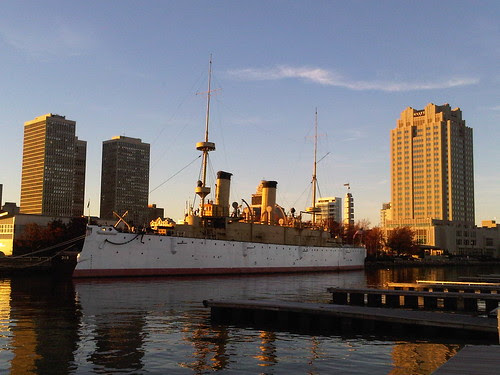 My first visit to the USS Olympia at Independence Seaport Museum will also be my last. On November 22, the ship is to be closed the public, awaiting one of two fates: it will either be scrapped or scuttled to become an artificial reef off the coast of New Jersey. I put together a video of my tour and one of the questions I pondered was, what is the life cycle of a historic landmark such as the Olympia? Nothing, especially not a century-old steel vessel subjected continuously to the corrosive effects of water, is meant to last forever. During our lifetimes, we might have to deal with the deterioration or destruction of monuments that carry great historical or cultural significance. People make plans and arrangements regarding their own deaths, so do we not need to consider the course of action to be taken when a landmark is close to its expiration?

Lest I be misconstrued, I think that the loss of the Olympia is premature and a damn shame: it is both shameful for those charged with its care and it is a shame that the citizens of Philadelphia will now be deprived of its existence. If $20 million could be raised in an instant to save the Olympia, it would be worth every cent. But it would merely be an extension on life, not an avoidance of an inevitable end that some future generation would have to face. 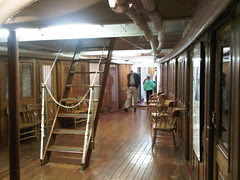 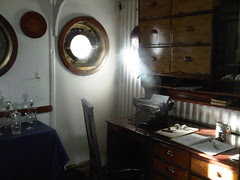 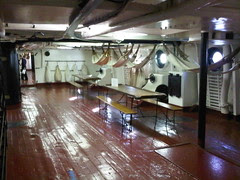 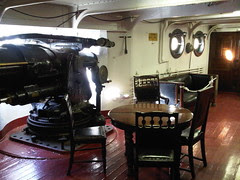 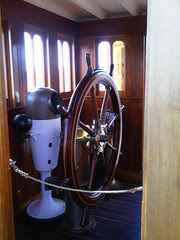 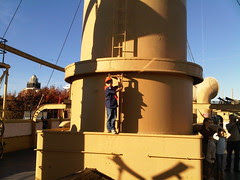 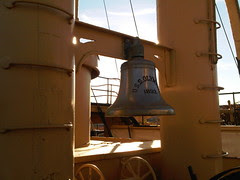 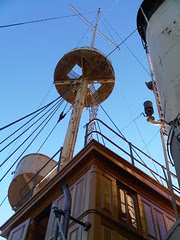 Posted by Jeffrey W. Bussmann at 11:37 PM No comments: